Of Red Gold and Our Food System 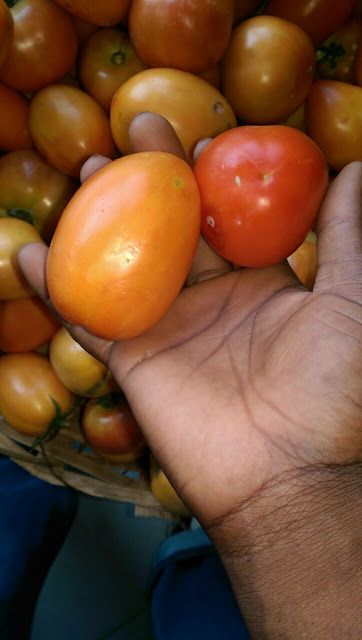 After the madness, the season after. As a few baskets of tomatoes are trickling into our market stands one can only hope that the lessons of this tomato scarcity are not lost with the euphoria of seeing the worlds most popular fruit on display again.

We all heard the stories, we all experienced it in our own unique way. In my house we replaced the efficient rice and stew with the festive jollof rice but we were not celebrating. A different kind of party was starting that would really make me take a hard look again at our food value chain. As a farmer and an avid foodie, the picture was grim. The tomato scarcity was buzzing on social media, conventional media and every neighborhood media. Some people started the Tomatoeless stew, Tomatoeless jollof and all sorts of Tomatoeless recipes. Bride price was calculated in tomato baskets!! It was just insane. I found it quite telling that the buzz about the scarcity was everywhere while not much was said two months earlier when tomato farmers and sellers were cursing their luck with the glut of products in the market. Big baskets of tomatoes were going for 2000 naira and nobody raised any alarm. Why was it so suddenly abundant,? How were tomato growers faring? Can this process be sustained? The truth is after every season of abundance invariably comes scarcity. 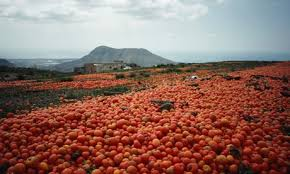 The main cause of the scarcity was attributed to a form of tomato disease ravaging the three key Northern states that grows majority of the countries tomatos and all other vegetables for that matter. Also there were stories of massive paste manufacturing companies opening up across the country competiting with the open market for tomatoes. All this factors combined to create the worst tomato scarcity that the Nigerian economy had experienced. The main lesson I drew from this scarcity was that 1. Today it's tomato tommorow it could be rice, ground nut oil, egusi, yam or palm oil 2. Large scale agribusiness isn't a silver bullet to solving the issues of food security.

Our politicians have collectively made our consciousness irritated by certain words. Food security is one of such words. But don't be fooled by the hype the threat is real. Our food systems needs to be designed to be able to withstand any disruption to the production or supply pattern. The continued emphasis on monocropping by big Agro firms is not just dangerous but diabolical. Monocropping increases the chance of pest infestations, disease proliferation and destruction of soil structure. The other more serious issues is of our disjointed food systems. When the food we eat comes from miles away, their is a high level of threat to our food security. Not only is food with high mileage bad for the environment it creates a level of ignorance amongst the consumers leaving them susceptible to eating anything you put on their plates without thought of how it was produced, where and how the rice on your plate affects the livelihood of the grower. The disconnect between grower and food consumer damages our environment our economy and more importantly our health. 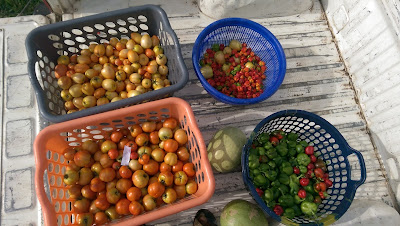 The tomato scarcity for one made alot of people start asking questions about Tomatoes, what is happening? Is this from Jos? Kano? Or a greenhouse down the road? I explained with relish the various cultivars of tomatoes their taste and texture differences with keen interest from buyers because tomato had suddenly become red gold. The various factors that shape our food prices became objects of interests to the consumers. Which can only be a good thing. Don't get me wrong, this scarcity was not a blessing but rather an opportunity to restructure our food system in this country and all over the globe to gain resilience. Various innovations are coming into agriculture which can help. The rise of Community Structured Agriculture (CSA) where farmers grow in smaller micro farms to cater for the need of a specific community is becoming popular and essential. These farmers boycott the traditional middletraders I. E. Supermarkets, distributors, wholesalers to sell directly to homes and restaurants. There is also a case for farming using urban spaces that lay to waste thereby distributing production closer to the consumer. This is very much in tune with the 21st century approach to production where the consumer becomes a prosumer - a producer-consumer. They dictate the production process and products to their own needs and tastes. Agriculture has adopted this model with high level of success. Feeding people locally helps create resilient communities and generate a deeper level of connection that is absent in the current food system. If you know the family that would eat your chicken, you would think twice about what antibiotics or feeds you use on the birds. The other rewarding aspect of locally produced food with low mileage is that food prices are relatively stable all season long and not subject to other factors like fuel costs. 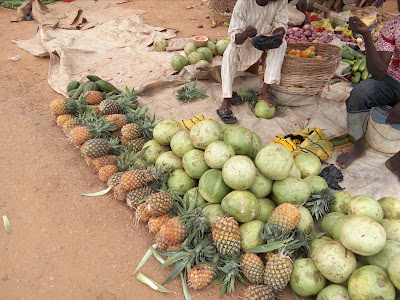 There is no silver-bullet for food security challenges but a diversified approach and more public inclusiveness in the food systems would help avoid another tomato scarcity like the one we just experienced. It's time for our communities to claim back our food value chain.

Get updated via Email