How To Fund Your Small Farm Business Start-Up 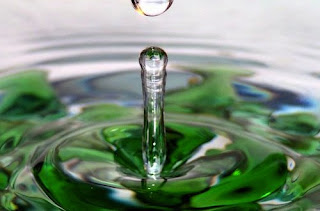 The sceptics have been quick to point out to me that growing food is a relatively cheap thing to do. Farming is part of the Africans DNA, it is our culture, and it is in our history - Just throw some seeds in the soil, add water and watch the plants sprout. It is that simple.
But growing food commercially to feed hundreds or thousands of people isn’t cheap. Farming is expensive. Tractors cost millions of naira, barns don’t build themselves, personnel require high salaries to keep them motivated and you can’t grow marketing materials. Like any business, starting a farm from scratch takes resources. Agro-entrepreneurship is neither cheap nor easy but it is extremely fulfilling and profitable.
For young people venturing into agro-entrepreneurship, finding money to pay for those resources can be difficult, even impossible. Traditionally, farmers have had far fewer lending options available to them compared to other areas of the economy. Obtaining a loan from the bank or other financial institutions has historically required documented farming experience and lots of collateral (typically large expanse of lands). Agricultural loans from commercial banks or farm credit agencies were aimed towards giant agricultural corporations, and haven’t taken young farmer seriously in the past. This are part of the problems limiting youths floating more agro-enterprises start-up.
In the vacuum created by these barriers, the government and various non-profits and business people have stepped in to try and ensure a future for young farmers with creative new funding models to help solve these problems

Here are a few ideas for raising funds for establishing a small farm business.

1. Bring In Your Rich Friend, Family

In an industrial agricultural system set up to feed billions of people and grow profit for shareholders, small-scale farmers don’t stand a chance raising the much needed capital to set up an efficient enterprise. The equipments and processes need to be put in place requires money. Hard cash, which most small scale farmers don’t have a lot off ( nor do the youths being encouraged to take up farming as an option to unemployment) is needed. Involving your rich friends or family is the traditional way of starting a fundraiser for a business idea. Agriculture is no different. It is true that most rich people would rather not engage in farming due to the general stigma towards farming as a poor person’s survival technique but most rich folks would invest in farming business if you have a concrete business plan clearly stating the return in investment. Forget the fear of your idea being stolen by a wealthier, greedier friend. Agriculture is not such a novel idea and some would rather die than do the work. It is okay, that’s why you are an entrepreneur. As the saying goes; man must chop! Therefore food business is always good business.

2. Reach Out To Rural Leaders

A decade ago, in Abuja a choice plot of land could be obtained from a traditional ruler in your area if he deems you worthy. Be it through honest service to the community, underhand payments, marrying his daughter, putting his sons through school or just about any act to get yourself in his or her good books. These powers to allocate land at will have been taken away by AGIS for a more modern system of land allocation fitting for a 21st century city that Abuja aims to be. That is all prim and proper, but these traditional leaders of rural communities still control and own vast expanse of lands which most of them are left unpopulated and uncultivated. While Abuja is going ultra-modern, majority of the country is still ruled by rural leaders with the power to allocate lands. It is worthy to always remember as an educated young person in the city searching for opportunities that big population is big business and majority of Nigerians live in rural communities. Reaching out to these leaders can be a genuine opportunity to own a piece of land to start your farm business, plus they also control large amounts of human resources. Empowering a traditional ruler in rural areas through setting up agro-enterprises under their watch can boost their popularity amongst their subjects and help create opportunities for the community and what is more you get to make start your business with the two key resources needed for agriculture – land and labour.

3. Connect With Other Would-Be Farmers and Set-up a Co-operative

Self - preservation is the first law of nature. Networking and meeting up with like -minded individuals who are looking to start a farm biz is vital. Joining a co-operative is an innovative way of sourcing for funds and there are various interesting groups out there helping to build their own vision and enterprises. These co-operatives operate varying financial models which could help you start plus applying for a loan as a group also increases your chances of convincing the banks and loan institutions

A major downside to taking loans from financial institutions are the high interest rates incurred from taking these monies they offer. This is slowly being overcome as the government and various agencies and organizations are beginning to realize the potential of agricultural business and its importance to prosperity. There are specific loans aimed at funding young people. The Bank of Agriculture has been active, National Export Import (NEXIM) Bank, and various Microfinance Banks have loans specifically tailored to the peculiar business of agriculture. Take the bold step and speak to one of these organizations you had be genuinely surprised. Those involved in National Youth Service Corp (NYSC ) can speak to their CDS officials and find out about non interest loans available to them. For a global approach, there are crowd funding websites like AgFunder that can help your kick-starter campaign.

Get updated via Email